Wesley H. Russ, a pastor's son, accepted the Lord as Savior at age eight. His call to ministry was confirmed while attending Emmanuel College. After graduating from Emmanuel in 1965, he accepted a pastorate in South Alabama, where he served four years. While attending Jacksonville State University in Alabama, he served as pastor of a mission church in Gadsden, AL for one year. Pastor Russ also attended Holmes Bible College, Liberty University.

In 1971 he was recruited by Rev. R. L. Rex, Director of Evangelism for the International Pentecostal Holiness Church, to serve as pastor of a newly organized church that was meeting in an elementary school in Tucker, GA (a suburb of Atlanta). He led in erecting  a church building in his third year in Tucker.

In 1977 he was called to serve as pastor of the College Park Pentecostal Holiness Church in Maryland (now Maranatha Fellowship). He served as pastor for 27-1/2 years until he became Superintendent of the Mid-Atlantic Conference (Bishop). He served in the office of Bishop from January 2004 through December 2013.  Although officially retired from that office, Bishop Russ accepts every opportunity to preach the Gospel and to promote Exodus Fellowship.

To partner with local pastors all over the world to equip them and enable them to reach the lost for Jesus.

Ursulo  & Brenda David came to the US with their son Ricardo in 1980. They were occasional churchgoers but that changed in 1996 when they received Christ as their Lord and personal Savior.

In 1997 they were called to serve as deacons at the Maranatha Fellowship Church.

In 1998 they served as Elders, leading the Mission, Evangelism & Discipleship, Greeters Ushers ministries until their move to Florida in 2004.

Ursulo and Brenda made multiple mission trips to the Philippines and Romania since 1997. In their mission trips they saw many human needs that pierced their hearts. But the need that mattered most would be the seeds planted through compassion and the Gospel message of Jesus Christ. Thus their commitment to the vision and mission of Exodus Fellowship International.

Edward Gleeck was born in the Philippines to an American Father and a Filipina mother. He remained in the Philippines until he was 18 years old before coming over to the US. Growing up, he didn't think much about what God wanted in his life. He went about doing what the “world” was doing. It wasn't until his 3rd year in high school that he felt God moving in his life, a call that would lead him to music. In 2002, Edward, along with a team, went to the Philippines for a mission’s trip. It was then that he met his wife Rebecca. Edward and Rebecca have been serving as worship leaders for over 16 years. They have 3 children - Eliana, Samuel, and Daniel. 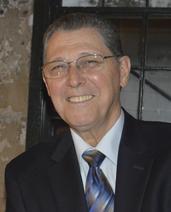 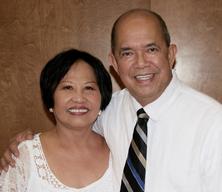 Supporting pastors and their families in Romania, India and the Philippines.

Stepping through an open door can open one's eyes.

In 1986 we hosted  a minister and his wife from Hungary. They came back for a visit in 1988 and invited us to come to their home. I thanked them for the invitation, but in all honesty had no plans to make such a trip. Then in late '89 came the revolution in Romania and the implosion in Hungary.

While returning from a New Year's visit, we heard the radio news report that there were food shortages and even riots in Budapest.  This kind of information always brings concern and a prayer for the folks there, but knowing our friends there were in distress, we called to know the facts. Eventually, I made the trip to Hungary--stepping through an open door and having my eyes opened to a new harvest field. Questions like why are there hundreds of towns and villages that have no evangelical proclamation when you see churches on virtually every corner in America made me more than a little uncomfortable.

I shared my newfound concerns with Maranatha Fellowship Elders Mark Fuerst and Leo Ryan.  We were at the point of building for our needs, but unanimously agreed to take seriously the command of Jesus and go into all the world with the Gospel. Out of these meetings came the birth of Exodus and our commitment to see churches planted where the Gospel is not being proclaimed.

Exodus through Maranatha Fellowship now has a ministry presence in India, Romania, and Philippines. We partner with national ministers who are already doing Kingdom work--that is where our support goes. Our ministry partners continue stepping through open doors and the Gospel is still changing lives. Our prayer is that many will have their eyes opened to the fields that are ready to be harvested.

Open door and opened eyes changed my life forever. Come join us on the Exodus journey.

We support global ministries through financial support and mission trips. 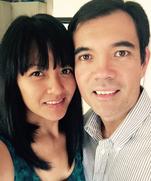