I was born under the communist regime in the North- Vest part of Romania. As a child, I experienced the difficulties my family went through: the communists confiscated the land, the animals and the tools they used to work our own land. So, over the night we became poor people. No land to produce your own goods. No cows to provide milk for the family. No jobs to gain any money support. My father had to leave and find a job hundreds mile away from home. So, most part of my childhood I was home with my mom only.

In those circumstances, a man from our village received Jesus in a meeting somewhere in Romania. He moved back in the village and shared his faith in Jesus Christ. My mom did hear the Good News and received Jesus as her personal Savior. Since then, my mom took us (me and my two sisters at that time) to the prayer meetings that took place in different homes.

Few years later my father received Jesus and after a while we moved in a small town where we started to attend a small church. Because I attended church, the teachers in the public school used to make fun of me. So I grew up with the stigma that I am a Christian. Because of that, it was difficult to attend a good school, to find a job or to attend a college.

Pastor Lucian & Elena with their children: Cristi and Ale

In the middle of those circumstances, with no evidence (from my own perspective) of God’s love and protection for His children, I became rebellious at the age of seventeen. But two years later, Jesus visited me in a vision during the night and He told me that He not only loves me but He has a job for me; to preach His Word. To preach what? I didn’t know God’s word. I wasn’t sure if there are four or five Gospels in the Bible?

After that visitation, I gave my life to Jesus Christ and I started to read the Bible. God gave me favor and put me in contact with a group of young men that used to study the Word underground. That helped me a lot and equipped me for the Christian life and later on for the ministry I was called to.

Today I pastor the Aletheia church in Timisoara and I lead a network of non-denominational churches in Romania. I am married with Elena and we have two wonderful children, Christian and Alexandra. Alexandra got married last year while Christian takes his master degree at Duke. 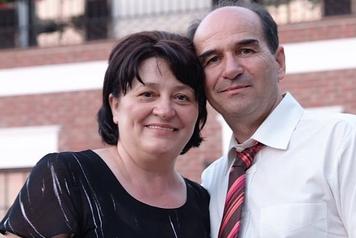 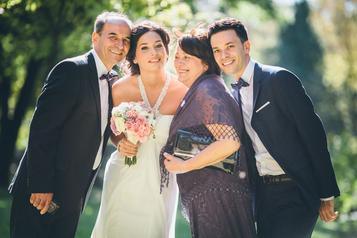 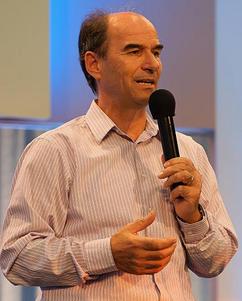 When you are in the area, come and say HELLO!

​"I am so thankful that you decided to partner with us in spreading the Good News in Romania... and to equip God’s people to do the work."