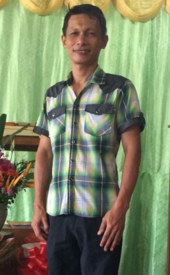 In 2002, I joined Maranatha Family Church, Panabo and became the band leader of the worship team. After 10 years, I joined Maranatha Family Church, Davao City wherein I was given the opportunity to be encouraged and trained by Pastor Armand Valdez. In March 2014, we pioneered the ministry here in Panabo City because I, together with my wife, believe that we are called by God to pastor His people here in our city. Above all, we love Jesus and faithfully we will continue on serving Him by the grace of God! 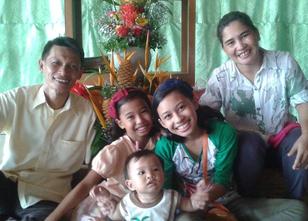 I am Ronnie Ermac Clordeara, 43 years of age, married to Edna Patac Marquez. We have been married for 17 years with three children namely Sarah, Hannah, and Caleb Jabez. I got to know and accepted Christ as my Lord and Savior in February of 1990 when I suffered tuberculosis causing me to bleed. It was then that I surrendered my life to the Lord. Since then I served the Lord through the music ministry like playing musical instruments; singing songs of praise to Him; and even teaching others to also become musicians do the same.

Pastor Ronnie & Edna with their children: Sarah, Hannah and Caleb

“We love Jesus and we will continue to be faithful in serving Him.” 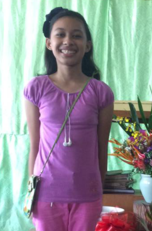 When you are in the city, come and say HELLO!